The official opening of the Sheikh Abdullah Al Salem Cultural Center in Kuwait is being voted 2017 ABB LEAF Public Buildings. The annual LEAF Awards come from over 100 architecture design elites from around the world to select, award and celebrate the latest and best international projects. All candidates and winners will be considered the future vanguard of the industry. On September 21st, a joint delegation from Amiri Diwan of Kuwait and SSH gained international prominence at the celebration of the Royal Knights Hotel in London.

The cultural center, which was completed by the end of this year, not only shows the scientific and cultural achievements of mankind, but also pays tribute to the history of Kuwait, Muslims and Arab cultures. In the meantime, the award-winning project, the museum and the refurbished Al Salam Palace, a brand new complex, will together make up Kuwait's new National Cultural District. The project consists of 6 main buildings: the National Museum of History, the Science Museum, the Muslim History Museum, the Space Museum, the Museum of Contemporary Art and the Theater. 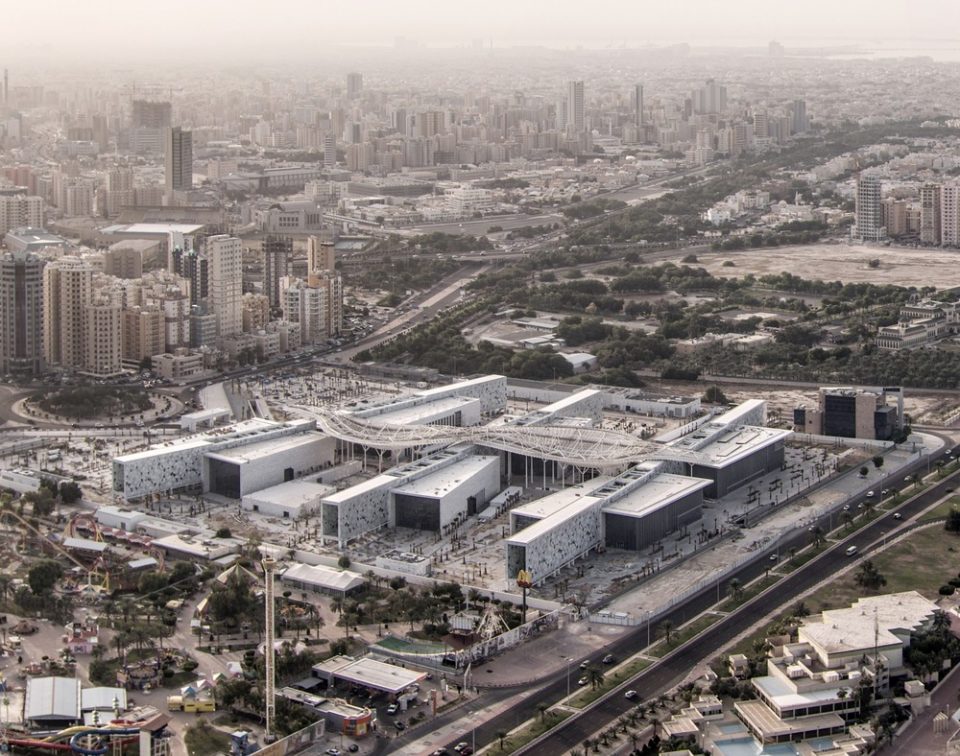 The upcoming Kuwaiti museum complex, the Sheikh Abdullah Al Salem Cultural Center (ASCC), has been named Public Building of the Year at the prestigious ABB LEAF Awards 2017. The annual LEAF (Leading European Architecture Forum) Awards bring together more than 100 leading senior figures from the world's elite architectural design community to celebrate, discuss and honor some of the best new international projects. All shortlisted and winning projects are recognized as setting the benchmark for the future of the industry. A joint delegation from the Amiri Diwan of Kuwait and SSH collected the international accolade for the complex at a gala ceremony, hosted at the Royal Horseguards Hotel, in London, on 21 September.

Due to be completed by the end of this year, the center not only celebrated mankind's scientific and cultural achievements, but also hon Kuwaiti, Islamic and Arab culture and history. Together, with the award-winning Sheikh Jaber Al Ahmad Cultural Center (JACC) and the nearly restored and refurbished Al Salam Palace, the museum complex will form part of a new national cultural district for the city of Kuwait. The project will consist of six main buildings: A Natural History Museum; Science Museum; Museum of Islamic History; Space Museum; Fine Arts Center; and a Theater. 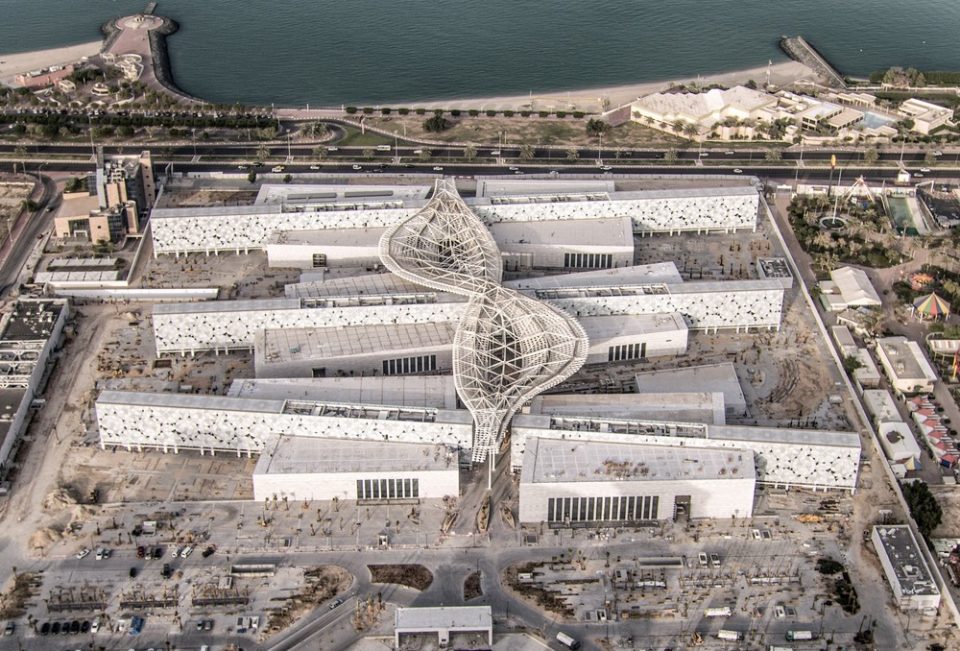 Each museum is equipped with world-class permanent or temporary exhibitions, installations and works of art. Step into the huge roof of the building where visitors start a journey full of surprises, shuttling deep into the center of the museum and visitors will see the most precious collection of museums. This Kuwaiti building, symbolized by "street", expresses its response to the traditional "Ferej". This design creates a unique Islamic urban texture, aisles and road corners, mapping the walking experience of a busy Kuwait Street.

Each museum building will contain an array of permanent and temporary world-class exhibits, installations and artworks. Walking beneath the canopy of the complex's street is a journey full of surprises, with stunning views deep into the heart of the museums where visitors will see framed vistas of priceless exhibits. Kuwaiti architecture is represented by the main "street", which meanders and echoes the traditional "Ferej". This creates exciting spaces, Islamic patterns, corners and walkways, mirroring the experience of walking down a traditional, busy Kuwaiti street .

▼ Walking through roads between buildings Mapping the walking experience of Kuwaiti priests, the path of walking down a traditional Kuwaiti street 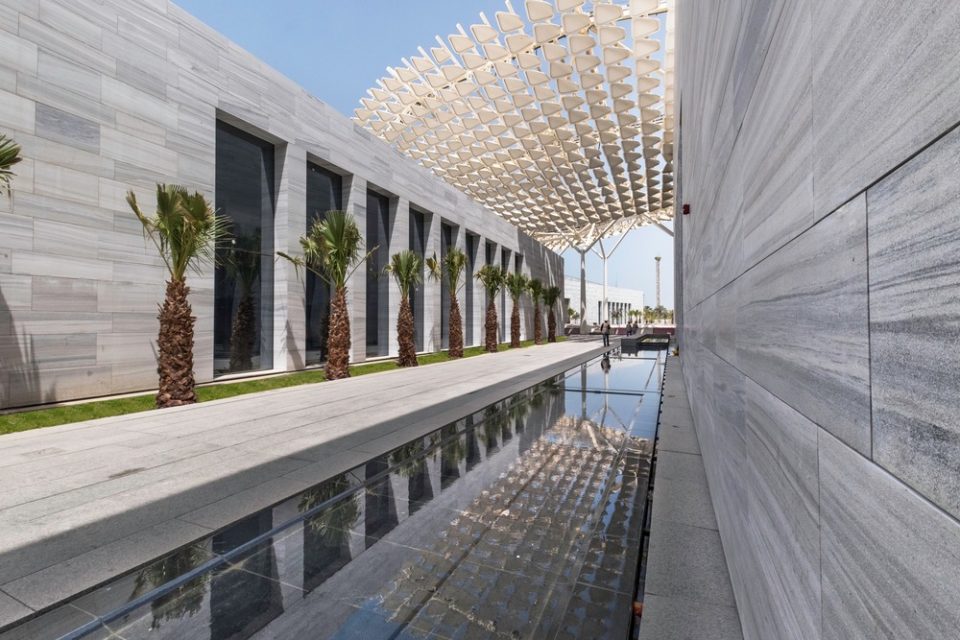 Museum buildings and during the road, sheltered in 200 meters long 30 meters cantilevered sun visors, and the internal temperature is properly adjusted. Under the inverted structure, a parametrically designed and equipped with 2000LED large devices into it, and show the changing lighting effects at night. After the designer of the external walls and roofing materials were strictly screening and control. Skyline marble, which is made from Turkey and has clear textures, is the designer's choice, meeting all the harsh architectural and aesthetic needs.

The museum buildings and the circulation of them are shaded and partially climatically controlled using a solar shade canopy, which is 200 m long with cantilevers of 30 m. The inverted structure allowed the installation of 2,000 LED-lit shingles, which were parametrically designed and DMX The material chosen by SSH for the exterior cladding and roof paving of the complex was also carefully selected. The approved stone, named Skyline, is a true marble from Turkey with a clearly defined vein orientation in the quarry strata. Skyline has all the technical and aesthetic characteristics to meet the stringent requirements of the project. 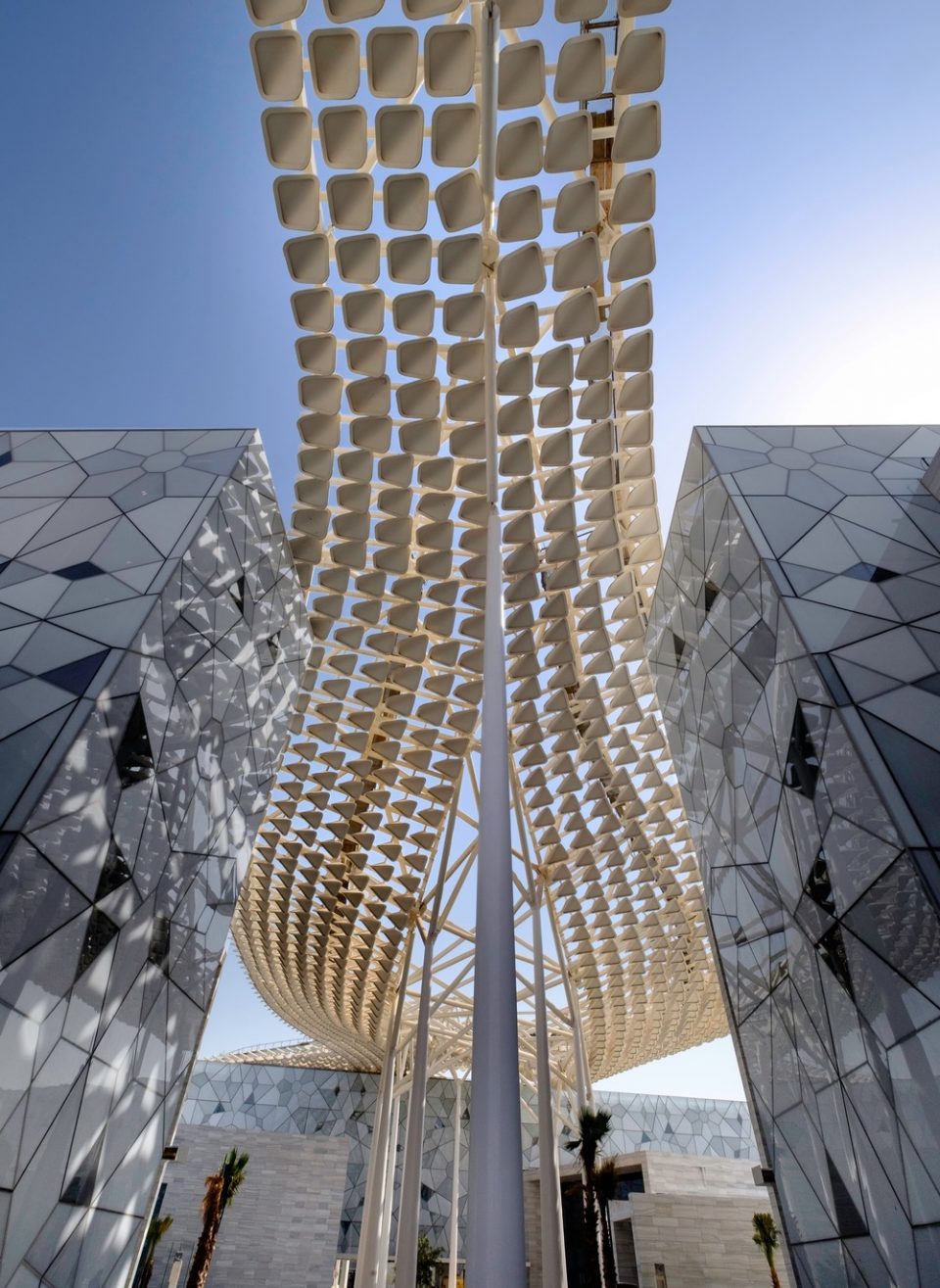 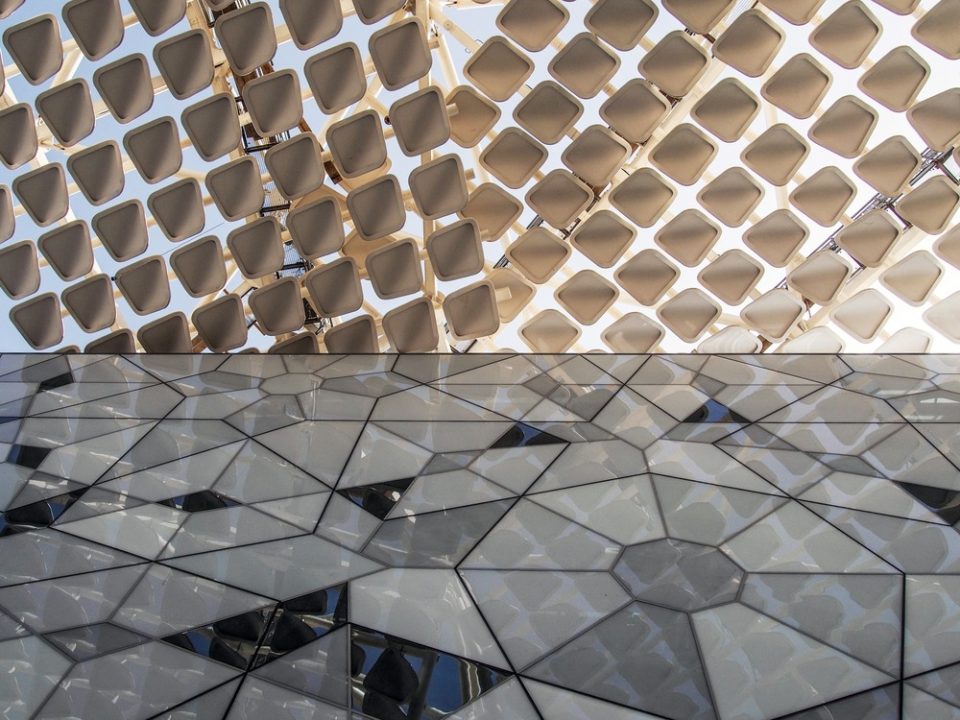 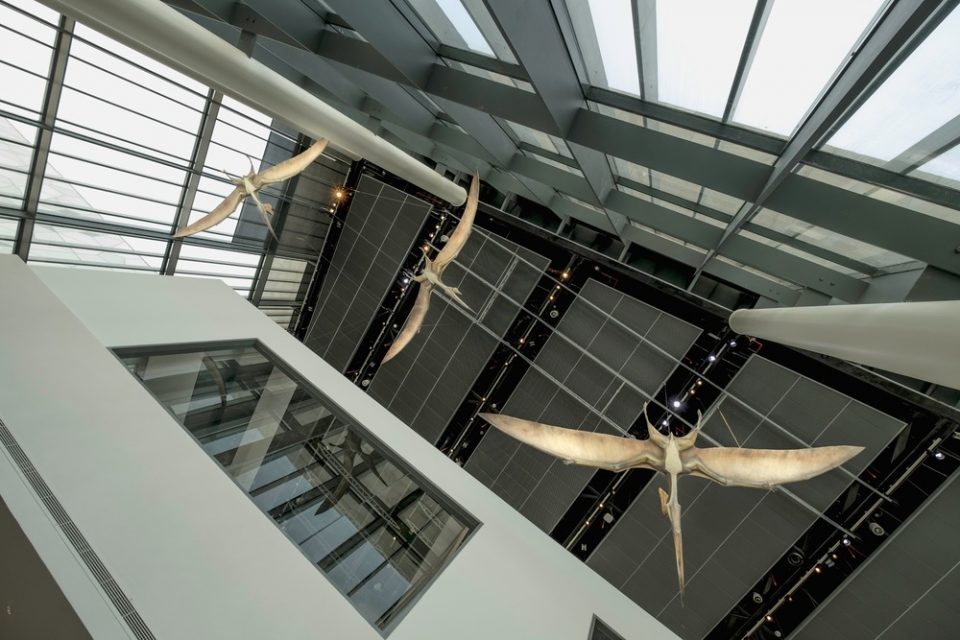 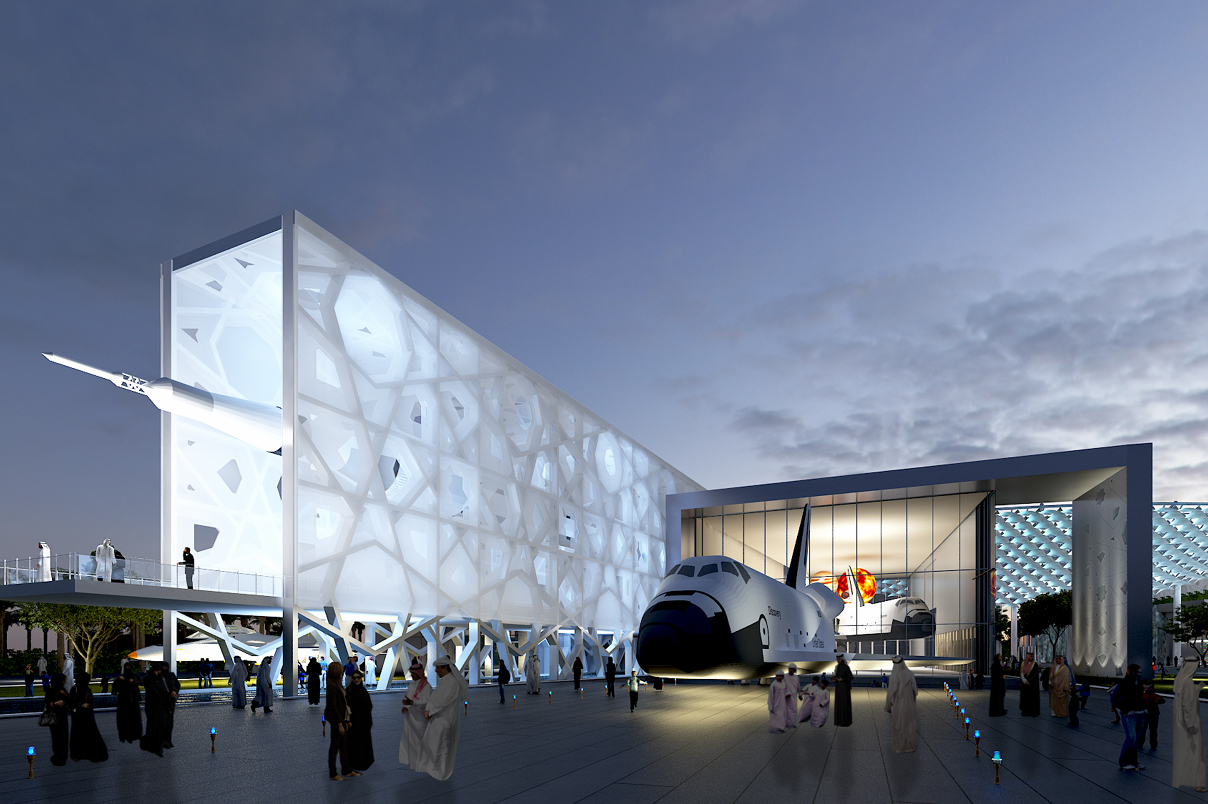