We walk into the bakery aroma and well decorated interiors of Madison and Heig.

After we were seated we looked into the menu which had limited options in each category and to me it’s better that way because you are less confused on picking what you want to eat. While we were gazing through the menu we were served a complimentary basket of breads from their bakery counter and accompanied by an aromatic herbed butter, of which the Turkish Smiti was my favourite. 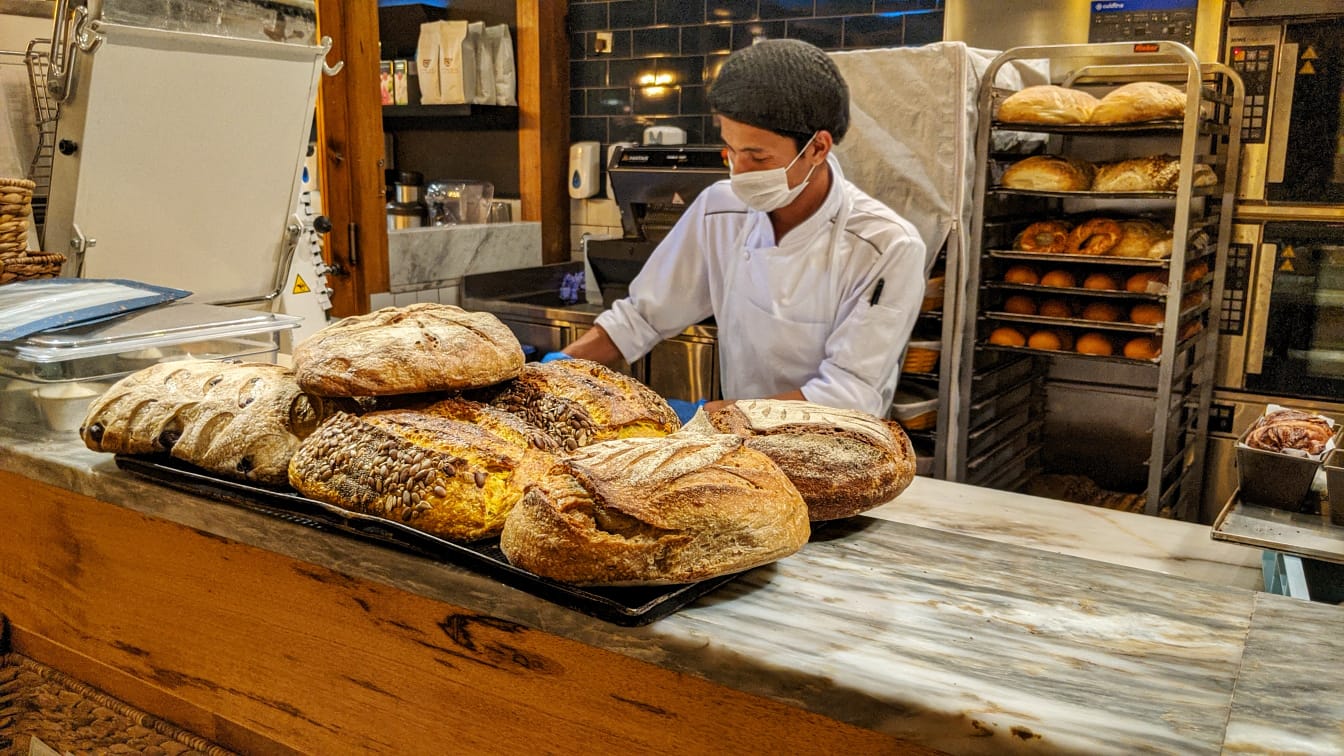 From the appetizers category we chose the Foie Gras Poele which is duck liver fat. It so far is the most amazing and different appetizer that I have had. It was served with a freshly baked soft pillow of brioche which would spring back at every touch and a slice of grapefruit. It’s difficult to explain the flavour palette of this dish and I would say its best that you experience it yourself. 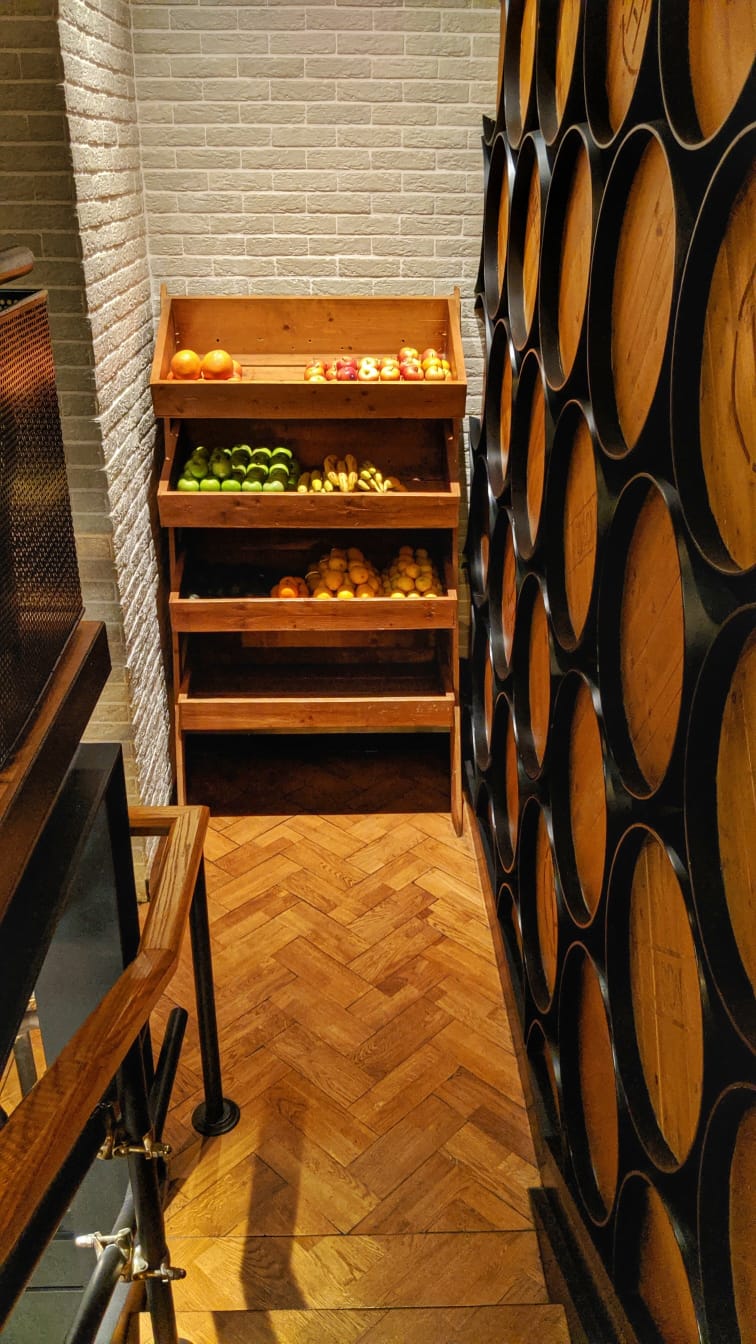 For the mains we ordered the Kalbi Beef, The Madison and Heig burger and Steak with eggs which is basically a dish in their breakfast menu, but the same dish is served for dinner without the breakfast sides (300-350 grams of meat). 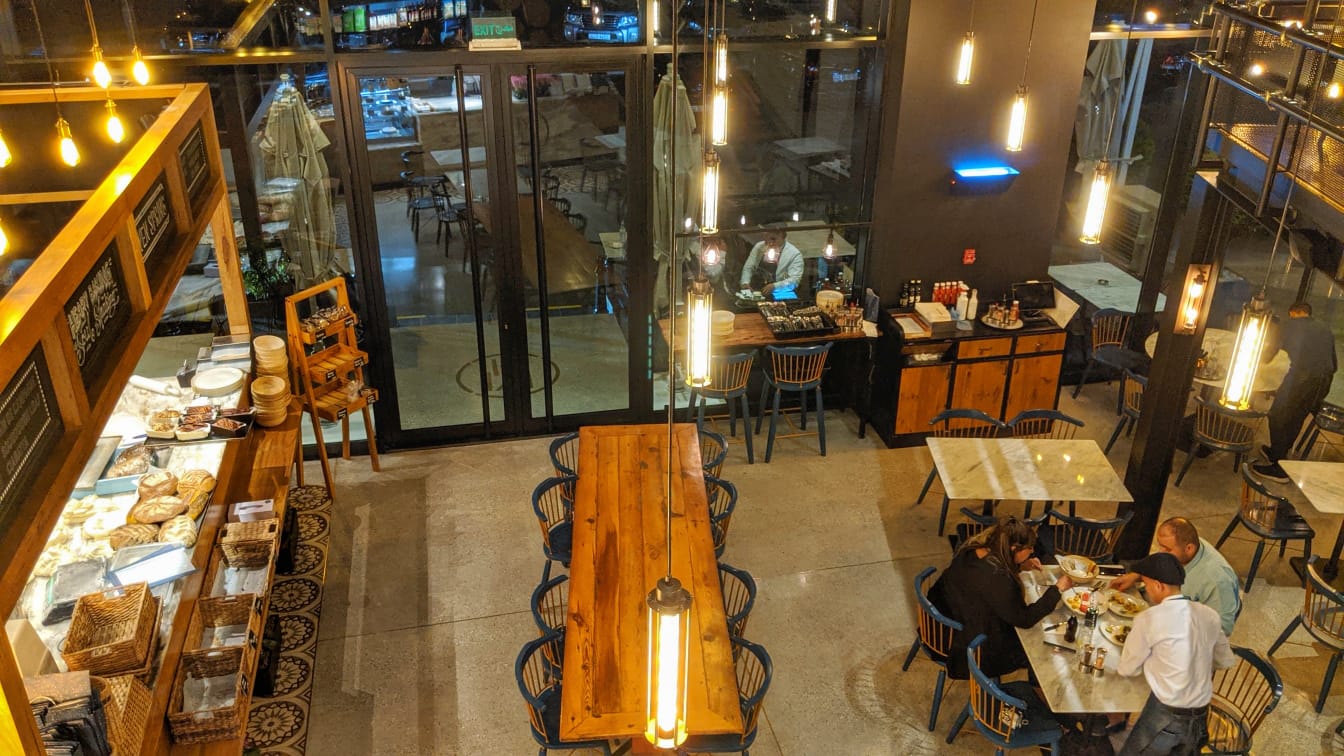 Kalbi Beef was well done cut of steak served with a side of miso beans and pickled onions. It was well-seasoned with an inclination on the sweeter side. We were told the Kalbi Beef is only served well done which was how the chef had crafted the recipe, although I would preferred it if the wellness of the steak was an option. 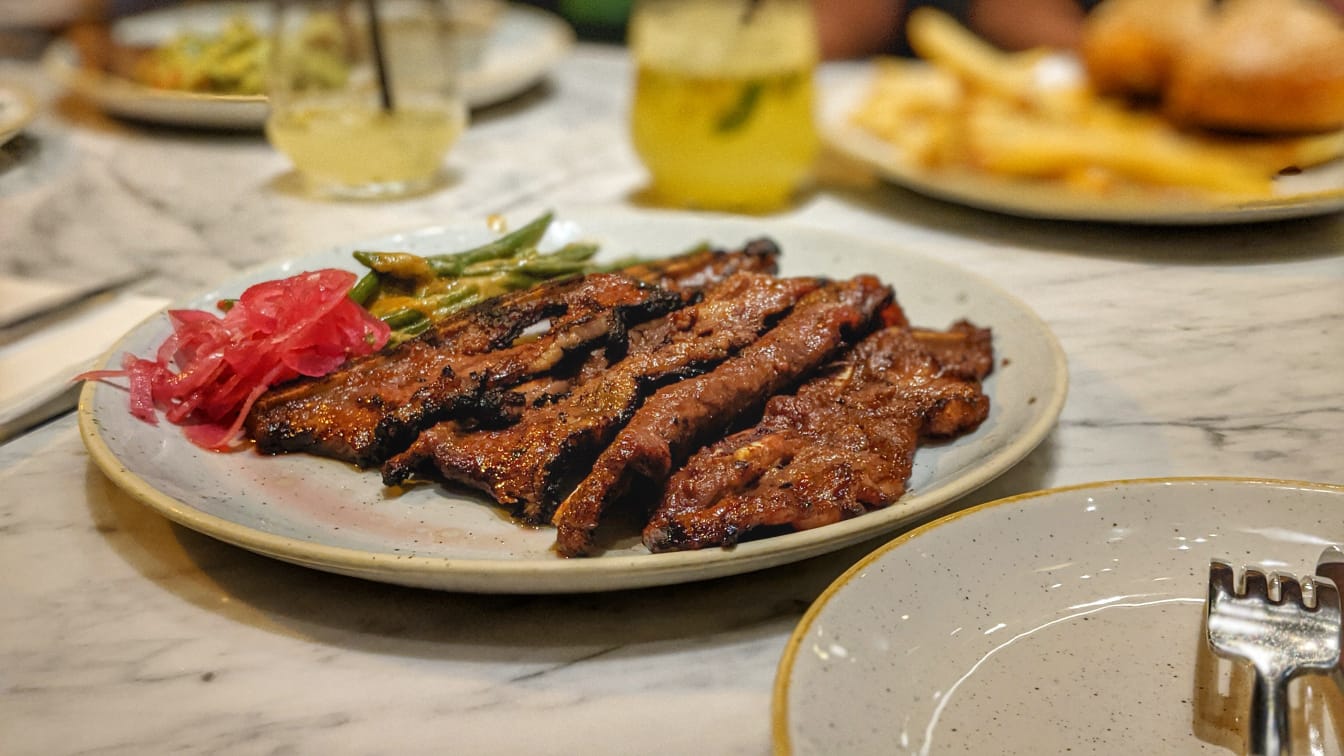 The next was my personal favourite, the Madison and Heig burger which is 150 grams of Wagyu meat served in a brioche. It was literally a melt in the mouth burger with a side of homemade seasoned fries. 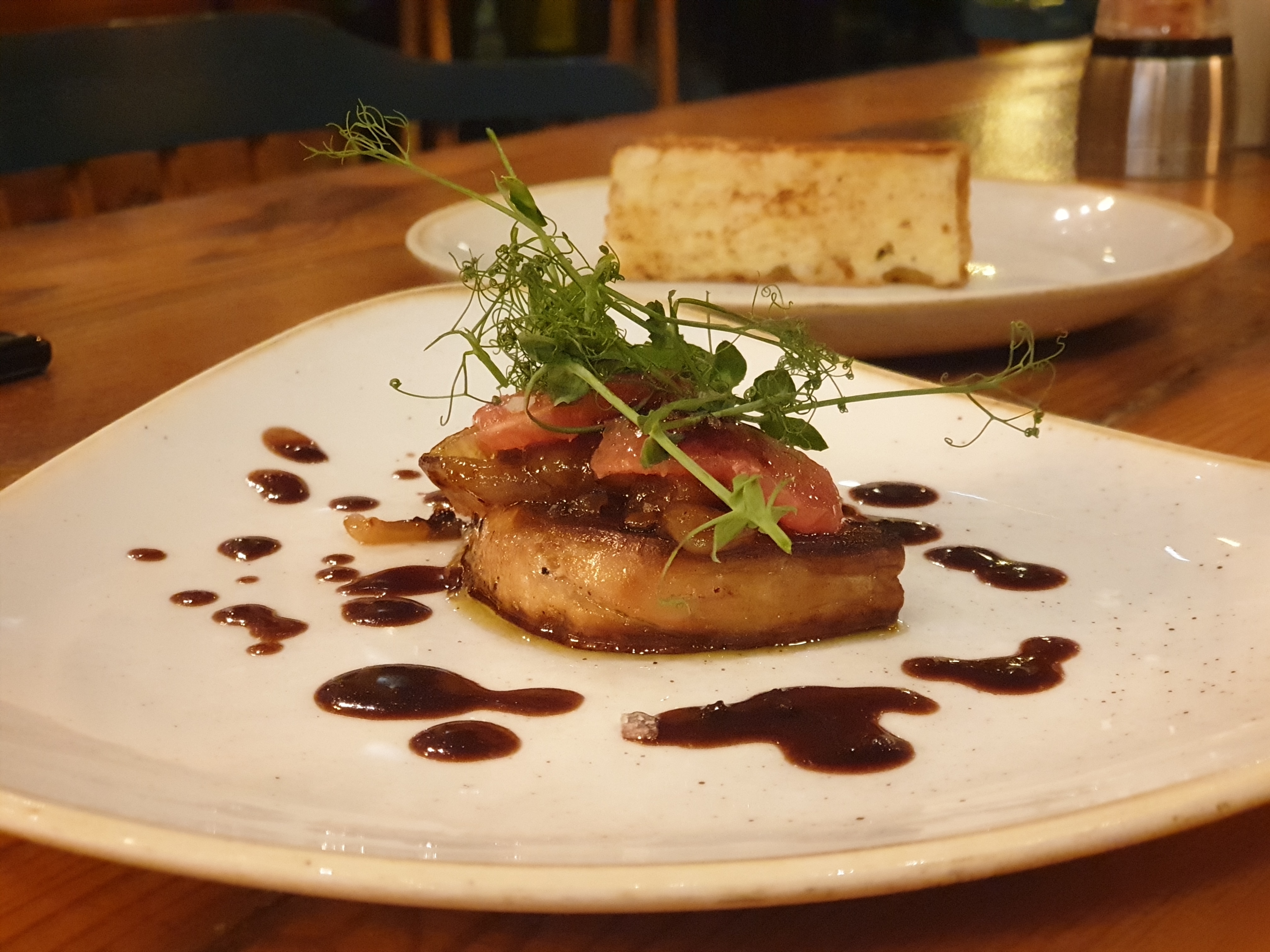 The dinner version of steak and eggs was served with a chimmichuri sauce and the guacamole as sides. We opted for a medium rare steak which was juicy but a little tough (of which we were informed while placing the order). The sides complemented the steak well and overall it tasted delicious. 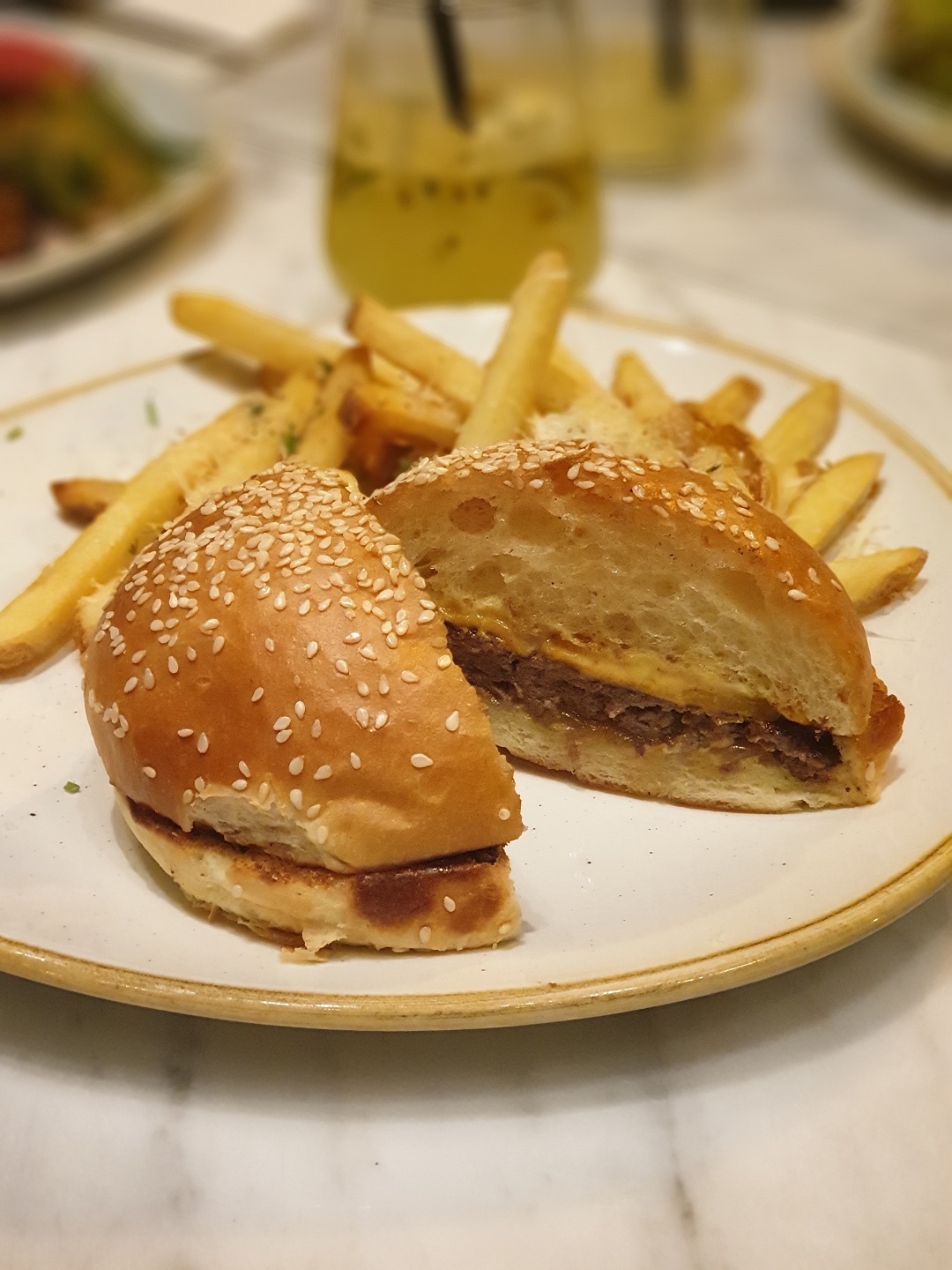 To quench our thirst (because water is so cliché) we called for a passion fruit cooler which was a blend of fresh fruit and syrup mix with a hint of mint and served two. It was definitely refreshing and went well with our delicious food. 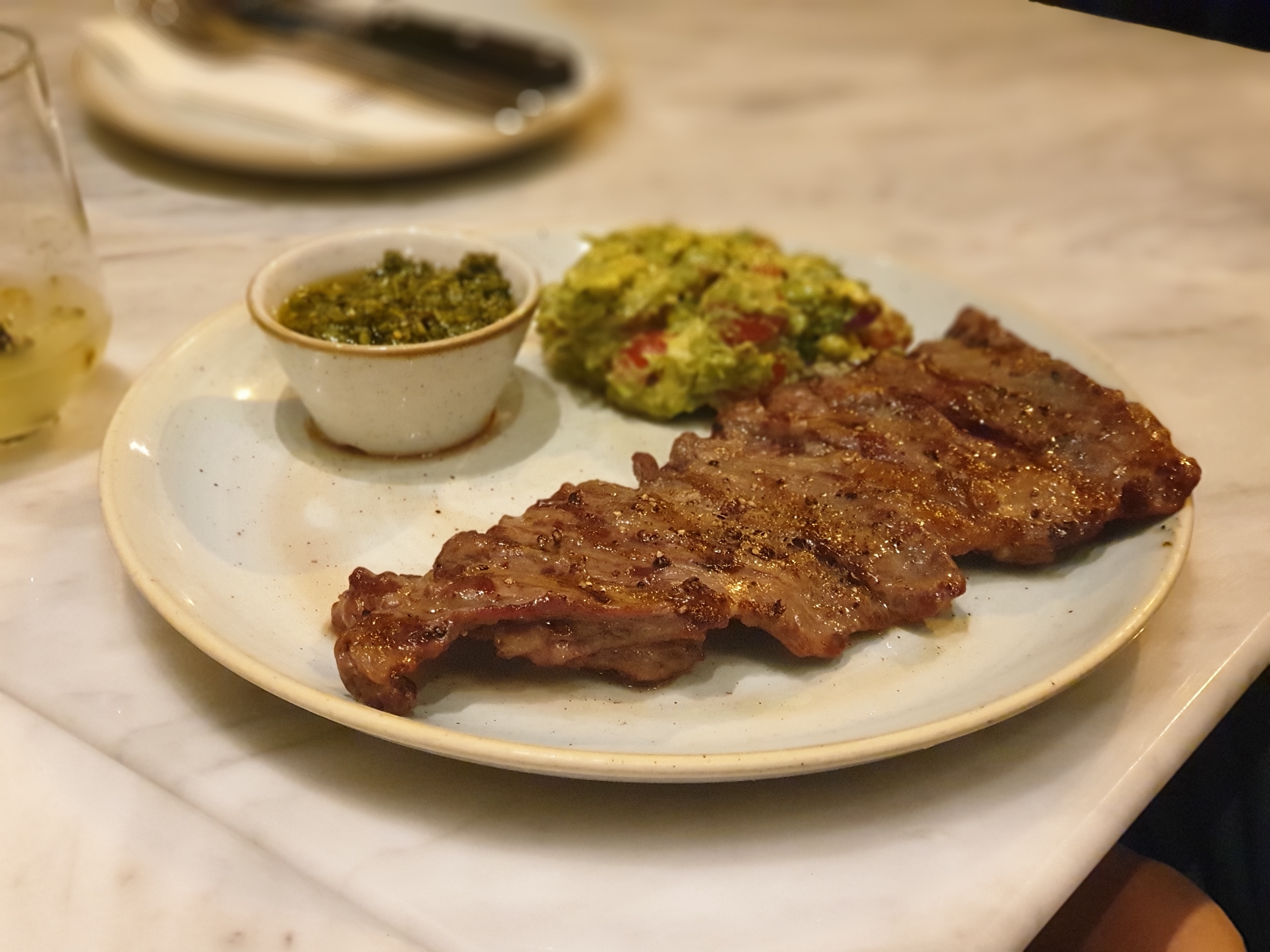 After we finished our mains, I was really craving their deserts, Churros which were recommended by the restaurant and the chocolate fondue which looked promising on their Instagram page but unfortunately I was too full to have had them. 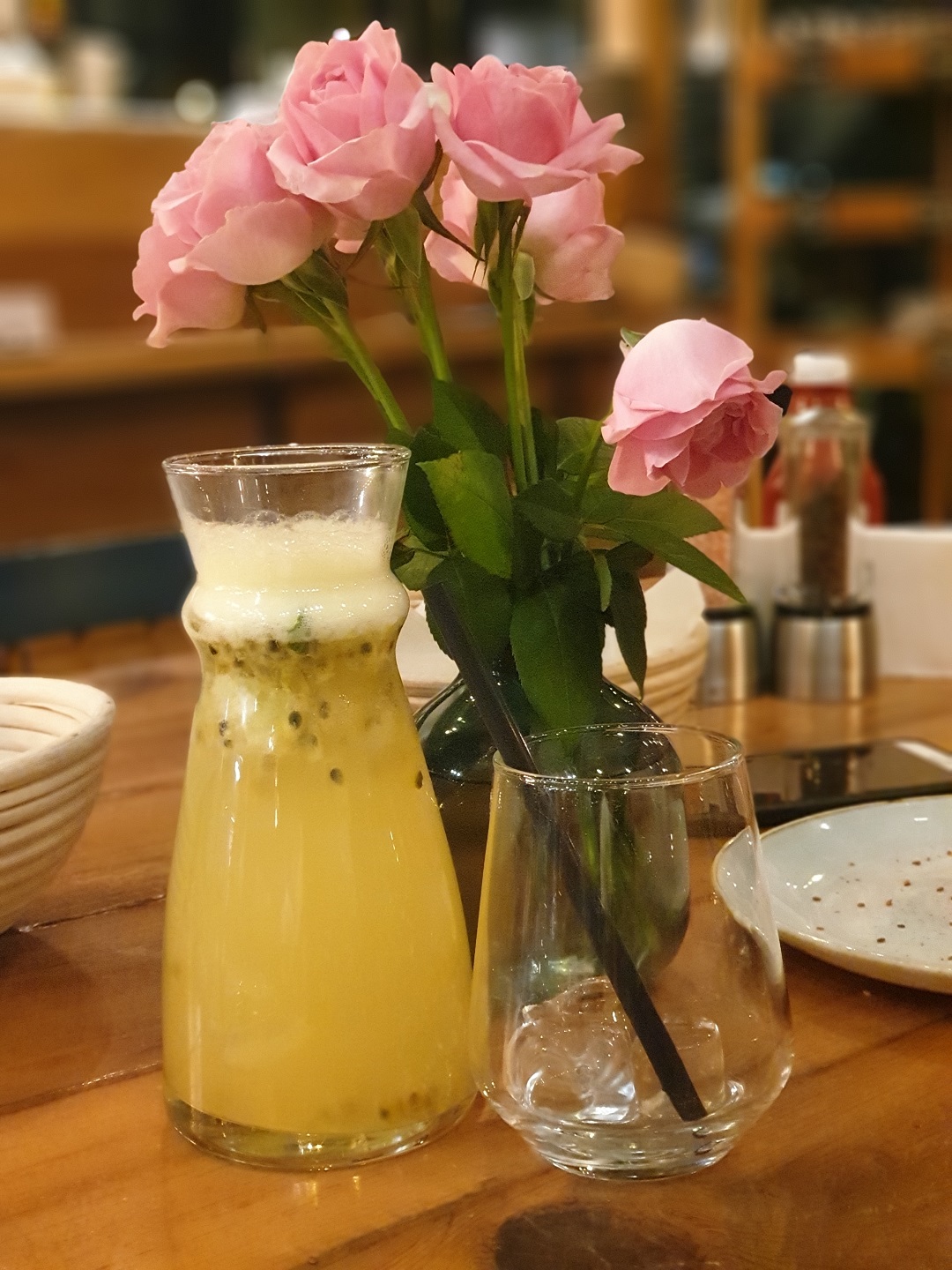 Over all the service and experience was absolutely worth it and we had a great and satisfactory evening and they can expect my visit again.