Which other season than summer would be ideal for a trip to an island?
Kubbar is a tiny island, with a radius of around 1 km which is approximately 3 hours from Salmiya by a big yacht. 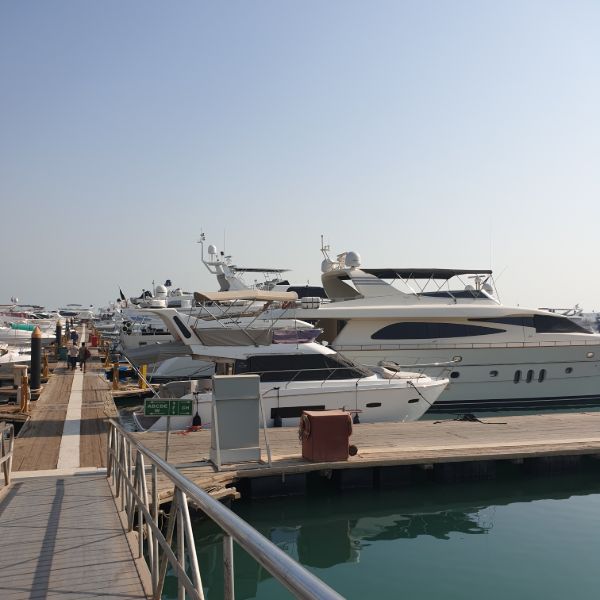 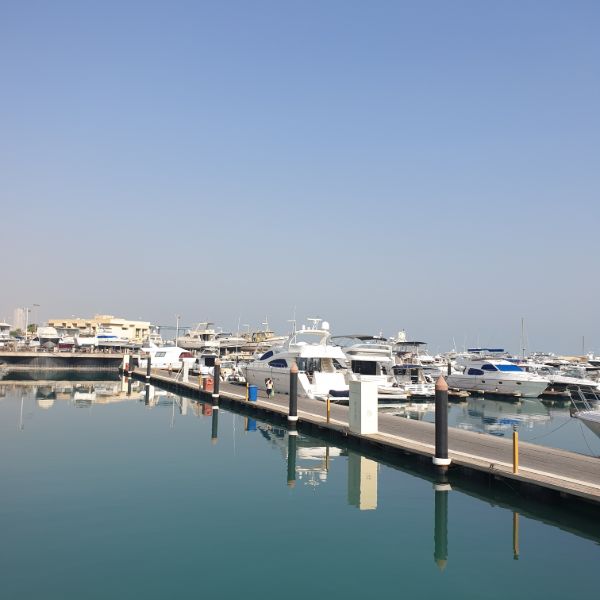 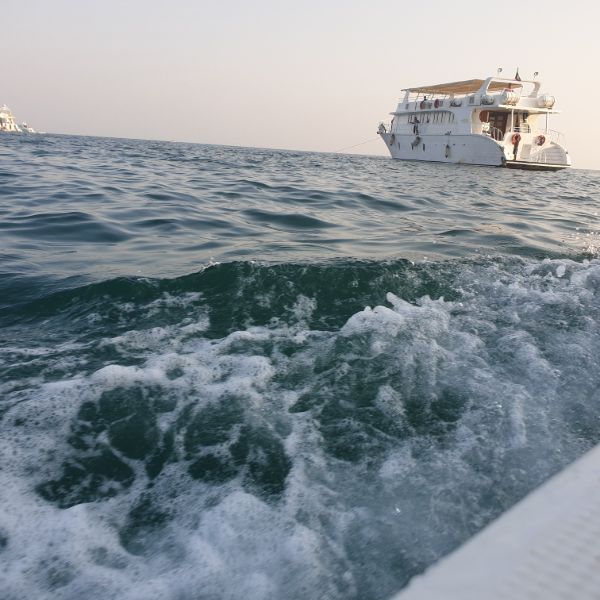 We began our journey at 8 am from Yacht Club, Gulf Road, Salmiya and reached the island around 11.30 am. 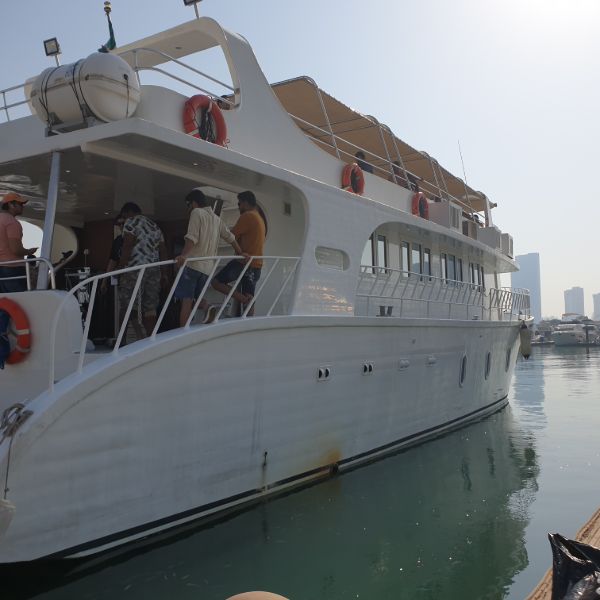 The yacht we travelled in was a clean and spacious one which could hold a capacity of approximately 70-80 people. It consisted of 3 decks, basement being rooms and bathrooms which were again clean and tidy. Then was the middle air conditioned deck with a small kitchen which had a refrigerator, an electric kettle and beverages. 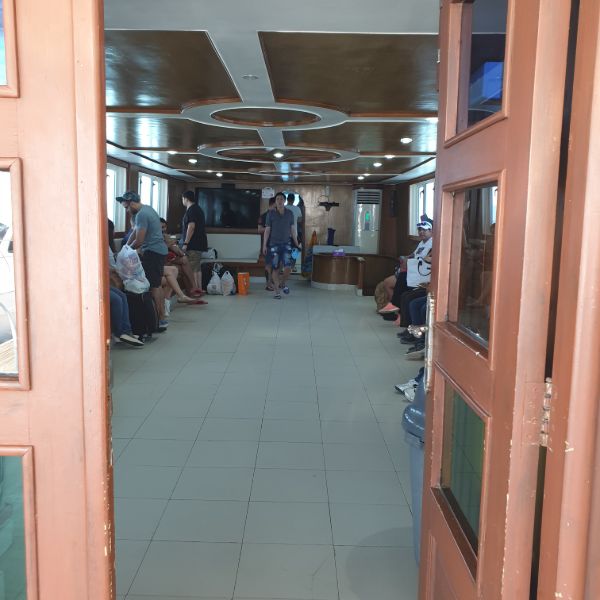 The upper deck was my favourite for it had an open view to the sea and you could breathe in the fresh air. 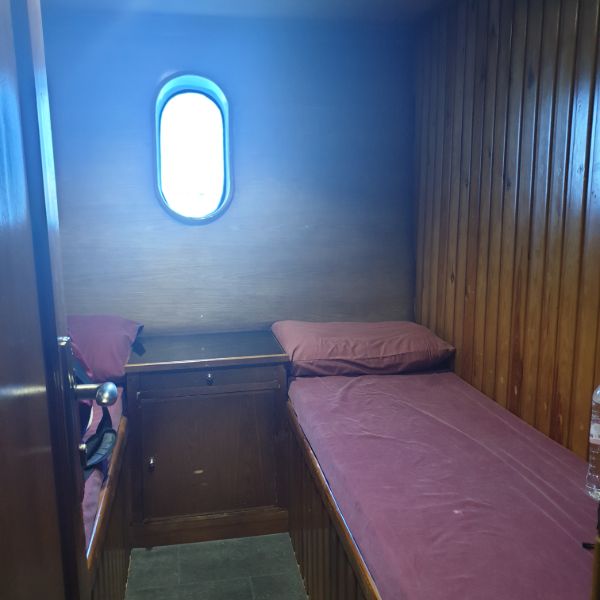 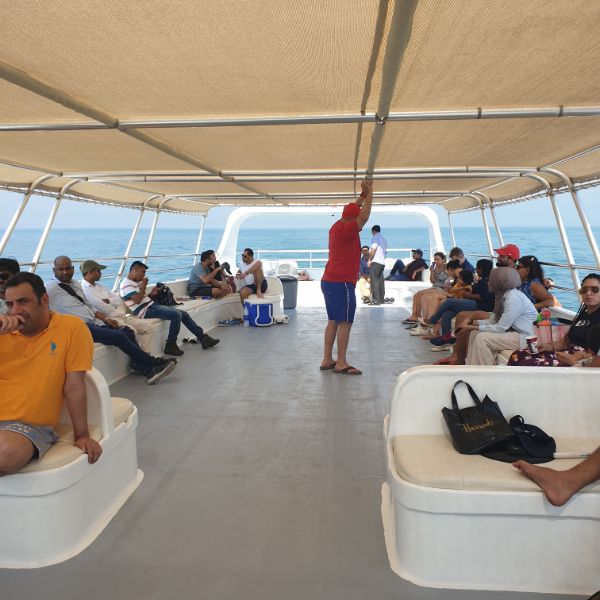 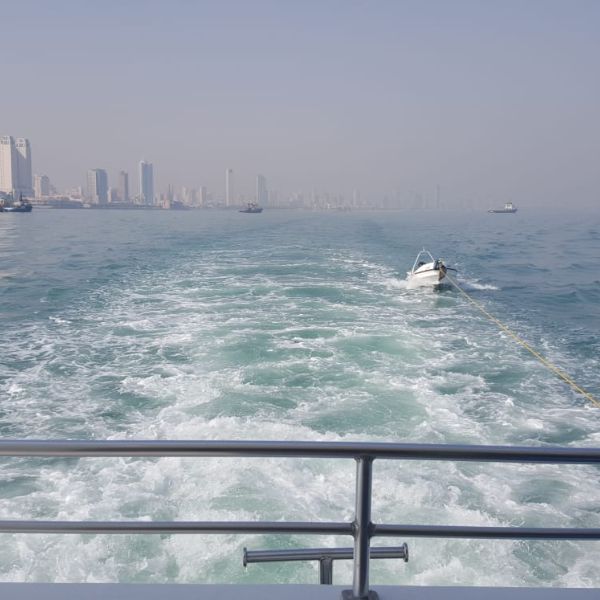 On arriving to the island our yacht was anchored at a small distance away from the shore and we were escorted to the island in another smaller boat.

On reaching the island, we could see thru the clear blue water and if you're lucky you may get to see a school of fishes swim by.
The island was clean with provisions to dispose garbage.

The view from the shore was breath-taking as you could see the water glittering in sunlight. 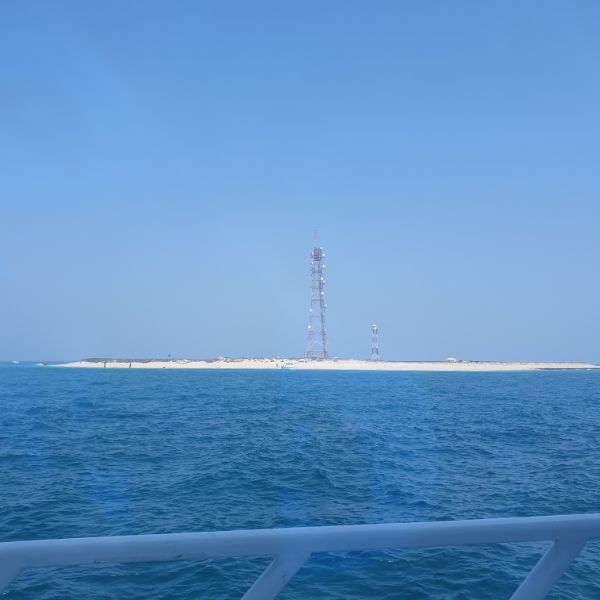 Since the island is absolutely empty you may get to spot migratory birds.
The waters are just perfect for snorkelling, so make sure you carry your equipment’s for on the bed of the sea you may spot parrot fishes, sea urchins and many other marine fauna. 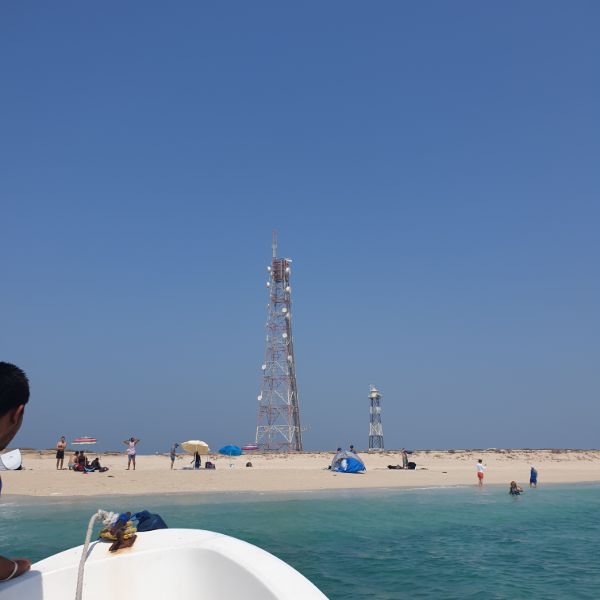 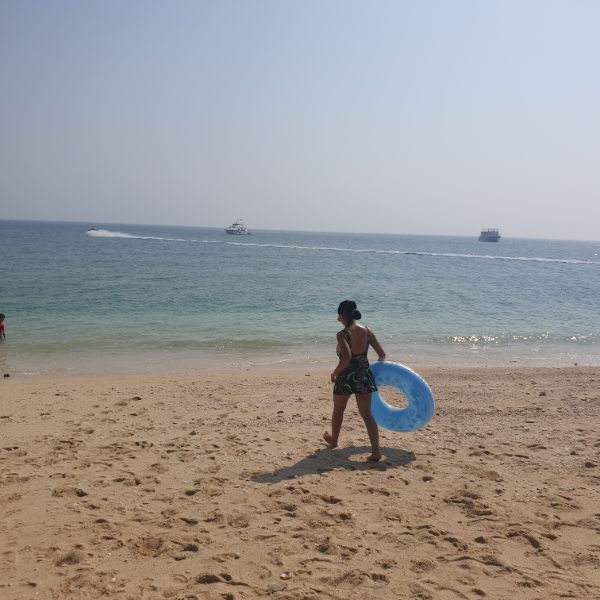 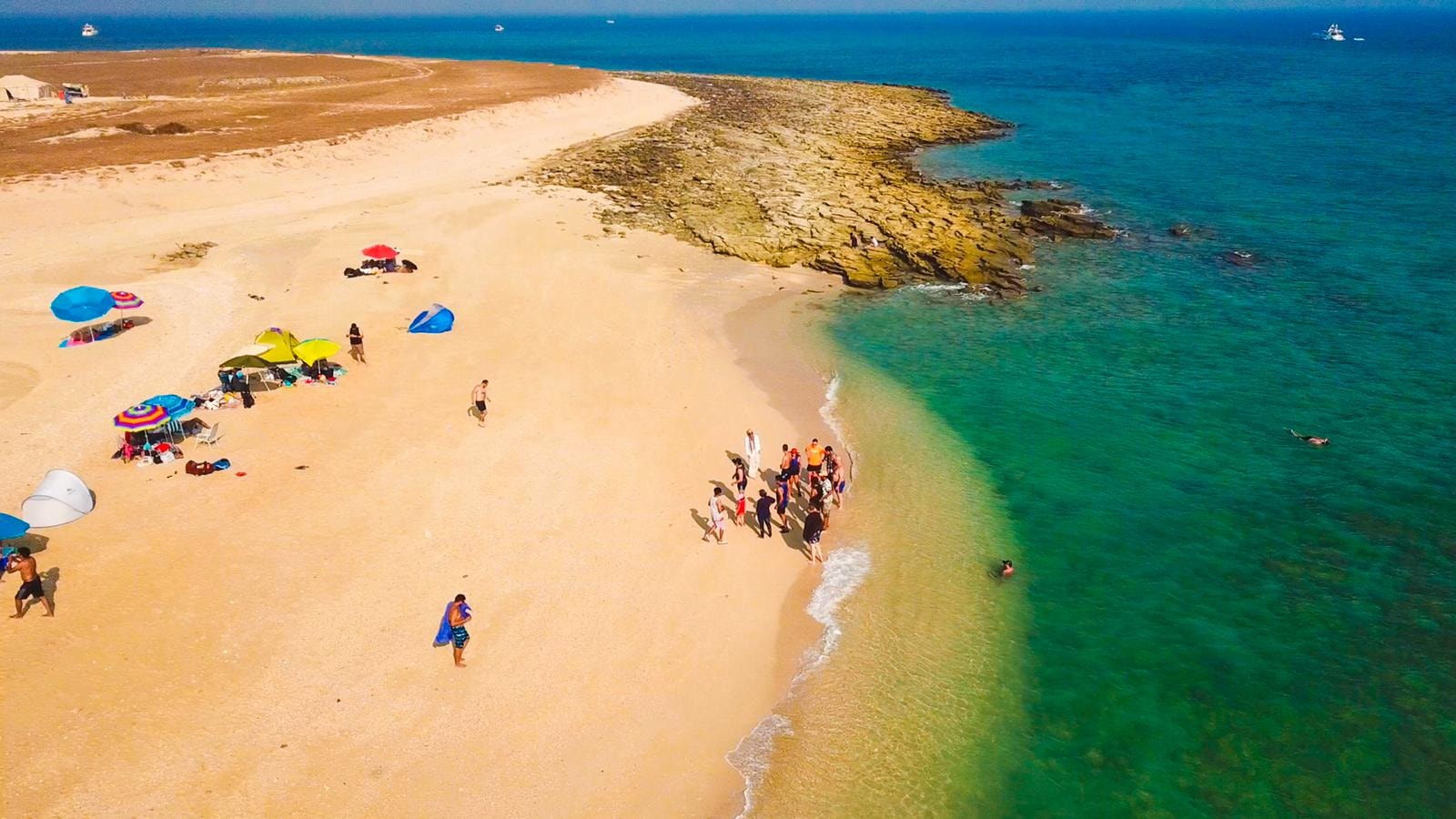 Other essentials are beach umbrellas, sunscreen lotions, sunglasses, protective foot wear for swimming, first aid kit, beach games and anything that would be of your interest to allow you to spend a relaxing time at the beach.

Make sure you carry your speakers and downloaded music for you'll have no access to internet on the yacht until you reach the island.
I'm sure you may be wondering , it's an empty island with no source of entertainment or food in that case carry some food /snacks that you would enjoy eating cold. Unfortunately Barbecue is prohibited in order to maintain the cleanliness of the island .Also being a popular scenic destination you may encounter the cost guards or environmental police for safety and making sure that the pristine beauty of the island maintained. 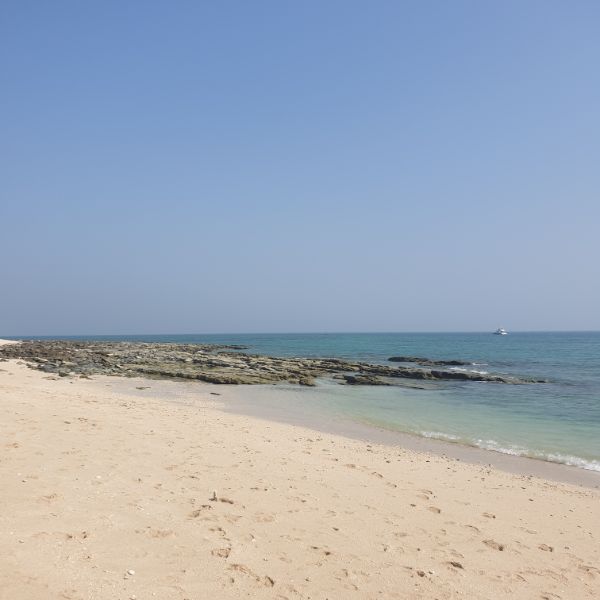 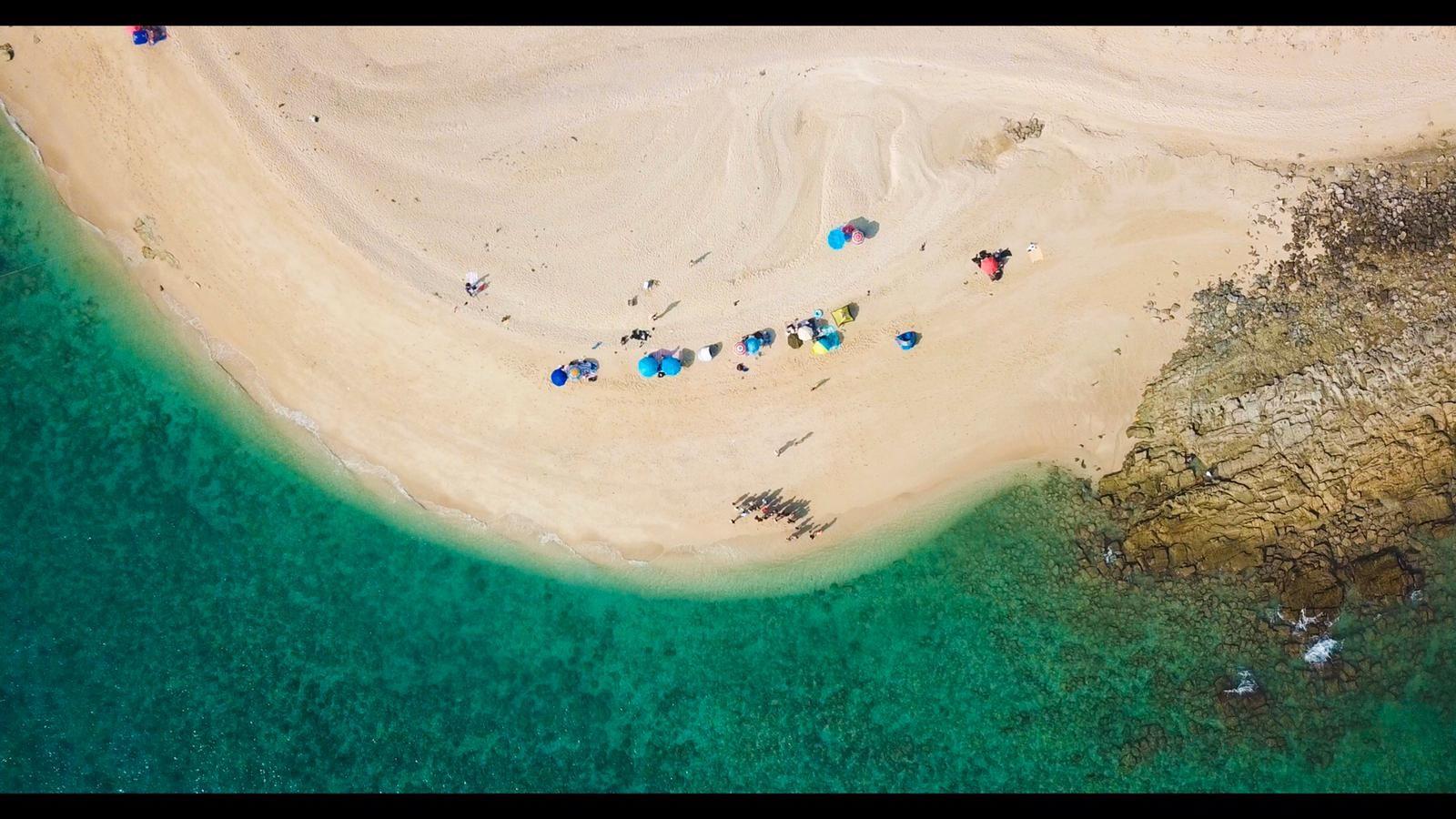 But believe me if you're with a group you can have the most amazing day spent relaxing , dancing , tanning , swimming, snorkelling and playing at the beach .If you don’t know how to swim , no worries for the boat has life jackets and you can just float and relax on the water.
If you plan to go by yourself, you can always socialize with the people on the yacht.
That's exactly what I did and managed to make amazing friends who accompanied in all the fun and activities at the beach.

We were there for around 4 hours until it was time to return to the yacht.

We were invited by one of My friend Mano who had organised this trip to experience a day at Kubbar Island.

On your way back don’t miss out on a mesmerising sunset over the sea. Once it gets dark and if the sky is clear you can star gaze for its pitch dark in the middle of the sea.

The trip was very well organised with enough provisions of water and beverages by the organizer .He is a very warm and cordial person who made this travel so interesting for us. 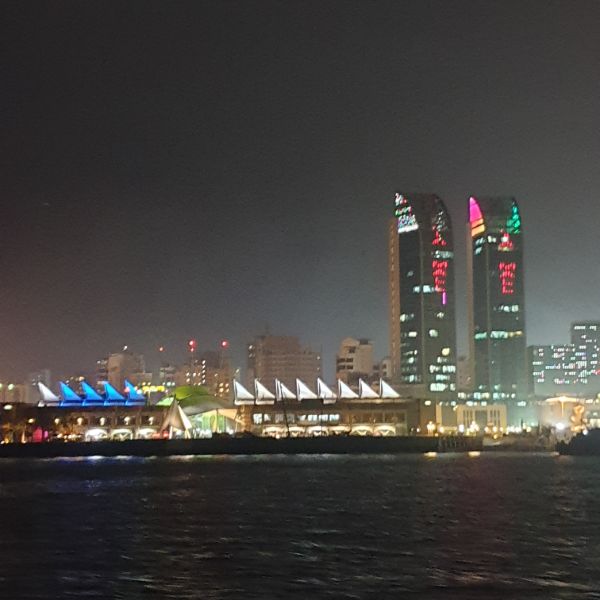 Kubbar island was indeed bliss .I had a great time and I'm sure so will you.